Posted at 10:13h in News Sidebar by Chelsey Falb

Corey McCollum joined Thomas & Hutton’s Civil Department in Savannah as a Designer. Corey obtained a Bachelor of Science in civil engineering technology from Savannah State University and previously worked as an engineering technician in environmental consulting. As a student, Corey was named Engineering Technology Student of the Year by the American Council of Engineering Companies (ACEC) of Georgia. He is certified in construction materials testing by the American Concrete Institute. As a Designer, Corey prepares site development construction drawings, engineering design considerations for water, sewer, and storm drainage infrastructure, and permit applications associated with industrial projects in Georgia.

When Corey isn’t working, you’ll catch him at the bowling alley during one of his leagues or in his yard trying to figure out what he will do next. We are glad to have you in the T&H family, Corey! 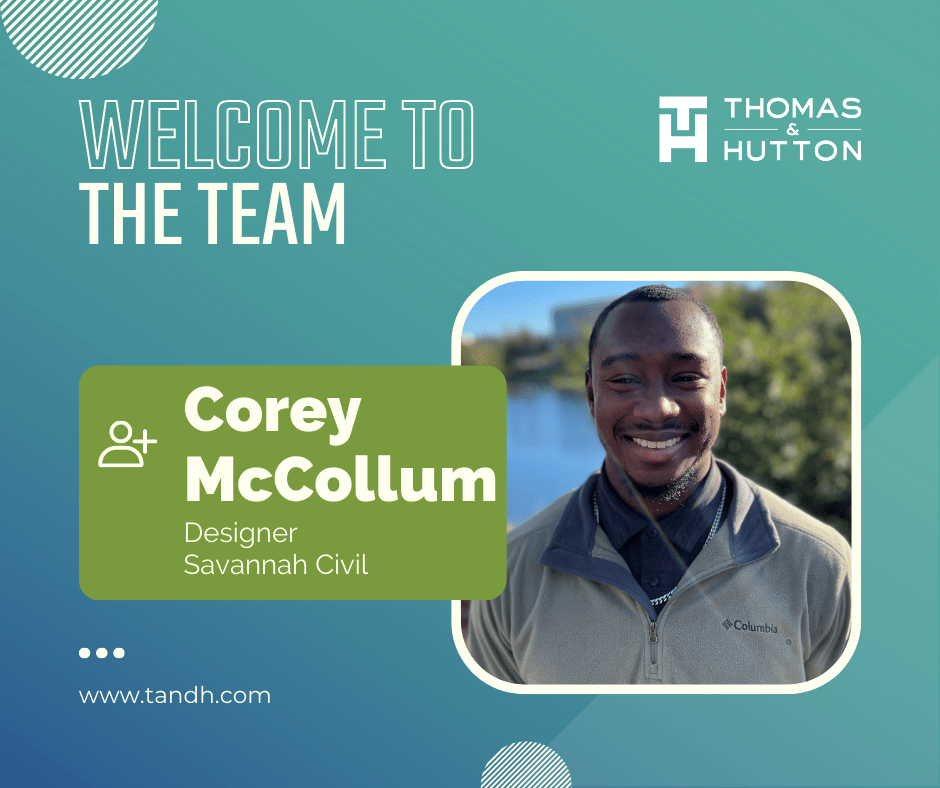