Posted at 19:57h in News Sidebar by Chelsey Falb

Thomas & Hutton (T&H) was presented an Engineering Excellence Award for their role in the Jackson Street Plaza Redevelopment in Dublin, Georgia from the American Council of Engineering Companies of Georgia (ACEC Georgia). The Georgia Engineering Awards gala was held in Atlanta on Saturday, March 19th. The awards competition recognizes Engineering Excellence Awards recognize engineering achievements demonstrating the highest degree of merit and ingenuity. Entries are rated based on uniqueness and originality; future value to the engineering profession; social, economic, and sustainable development considerations; complexity; and successful fulfillment of client/owner’s needs.

Jackson Street Plaza Redevelopment received an ACEC Georgia State-Level award and qualified for the ACEC National Engineering Excellence Awards Gala in Washington, DC on May 24th where it is slated to receive a National Award of Recognition. The project establishes a new engaging public space in downtown Dublin where an eyesore once stood. The removal of existing dilapidated buildings made way for fountains, paver hardscapes, raised boardwalks, lighting, seating, and a native plant palette that doubles as a stormwater solution. These improvements resulted in the undergrounding of powerlines and complete utility redesign. Utility and stormwater upgrades continued into the adjacent alleyway and surface parking lot. Local character and historic elements were incorporated into the design, blending it seamlessly into the streetscape. An entry façade was erected to match the street frontage and local character. Jackson Street Plaza has helped spur revitalization with a ratio of $5 of private investment for every $1 of public funds spent. 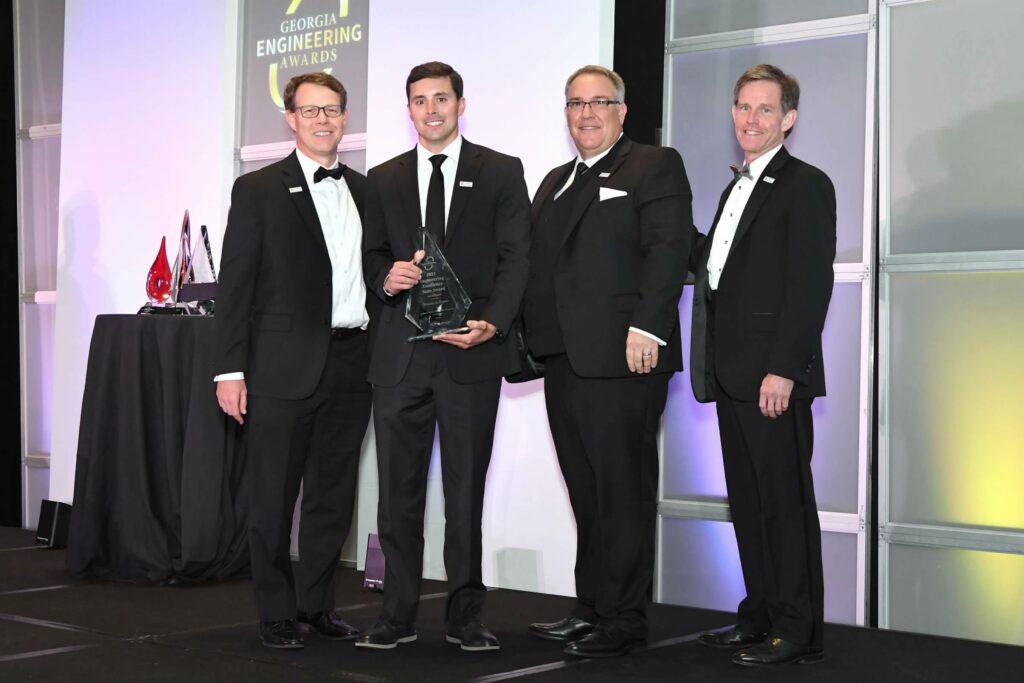 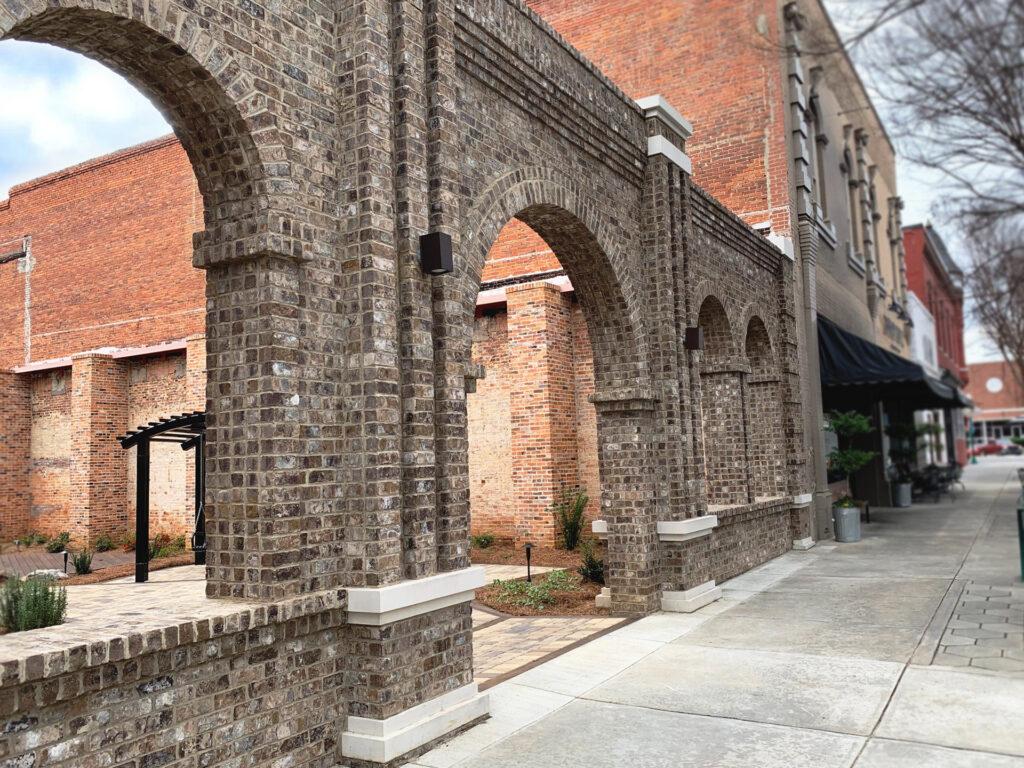