Posted at 11:50h in News Sidebar by Chelsey Falb

Hillary Aton is a Project Manager in Thomas & Hutton’s Water Resources Department. Hillary joined our Charleston Region in 2015 and has worked her way up the ranks from Designer to Project Manager, creating stormwater infrastructure solutions for public and private clients, and ensuring safe and resilient communities for the growing Lowcountry region. Hillary is recognized as a leader in the office with a knack for mentorship and excels at building client relationships. Outside of the office, Hillary is a regular volunteer with various local organizations such as Berkeley County Habitat for Humanity, SC Sea Grant Consortium, and East Cooper Meals on Wheels, just to name a few. She also lends her time and talent to the development of the next generation of engineers, Hillary serves as a guest speaker at the Citadel’s Chapter of the Society of Women Engineers. Click here to read Hillary’s full feature as a Rising Star in the AEC Industry in this month’s Civil + Structural Engineering magazine.

John Winters is a Project Manager in Thomas & Hutton’s Landscape Architecture Department. John joined our Charleston office in 2015 and has been instrumental in designing some of the Lowcountry’s most transformational landscapes including Shem Creek Park and the Daniel Island Waterfront Park. John is known for his ability to integrate technology into his communication with clients and community members, using stunning visuals and lifelike video renderings to convey his vision for a space. He has dedicated his life’s work to create dynamic, engaging public spaces has given him the opportunity to positively impact the mental health of those in his community. John is a current member of the Leadership Charleston 2022 class with the Charleston Metro Chamber of Commerce. Click here to read John’s full feature as a Rising Star in the AEC Industry in this month’s Civil + Structural Engineering magazine. 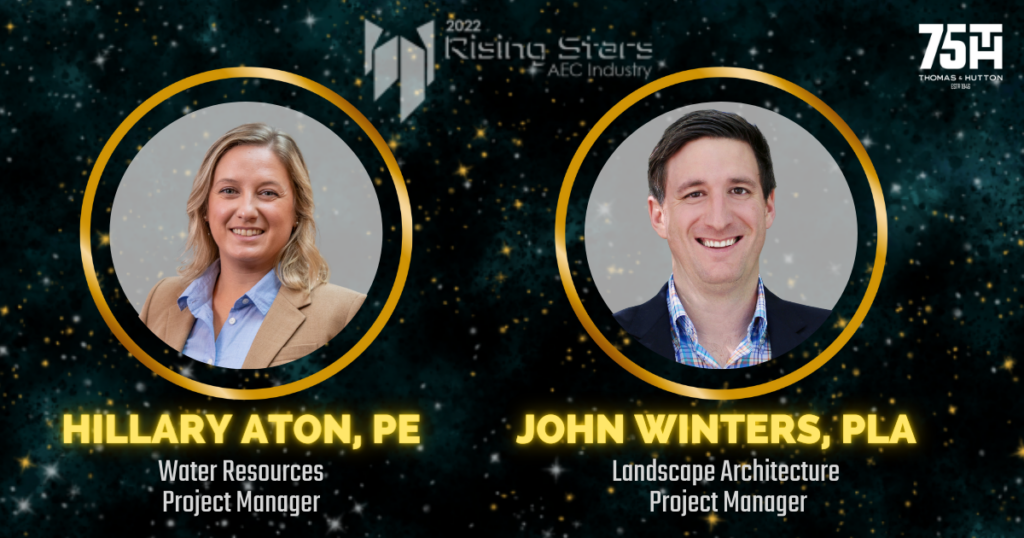