As Thomas & Hutton’s Chief Operating Officer and Senior Vice President, Ben is responsible for the daily business operations within the company.  He earned his Bachelor’s of Science in Civil Engineering from the University of South Carolina and began his career with Thomas & Hutton in December 1992.  A licensed Professional Engineer, Ben has handled large-scale projects in South Carolina and Georgia. Throughout the years, he has been involved with business and community organizations, including American Society of Civil Engineers, American Council of Engineering Companies, Habitat for Humanity, Union Mission, and United Way of the Coastal Empire.

BACK TO OUR PEOPLE 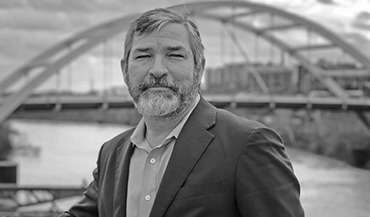